Four hundred years ago, the first English colonies were established in what would be known as New England, and Virginia. What prompted this to occur? The answer may not be quite what you've always thought. Here are some more questions to contemplate... 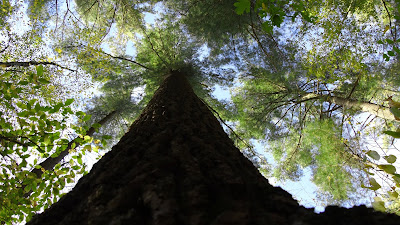 These questions and more will be answered in our new documentary film, "Eastern White Pine - The Tree Rooted in American History". More than two years in the making, it uses archival images, new footage, and aerial views to tell the 4-century story of the eastern white pine's significant contribution to America's founding and history. The white pine's importance to wildlife and people is related by famed bear biologist Lynn Rogers of Minnesota, Trinity College neuroscientist Susan Masino, and nationally known old-growth forest expert Bob Leverett.

The film is currently being scheduled for local screenings in central/southern New England, and will be published later for all to see on our New England Forests Youtube channel. A short trailer can be seen now on the channel (click here), or in the player window below (may not be available in email feeds).

We hope to see you at one of the local screenings!