In central New England, it's almost a given that when you walk through a forest you'll encounter at least one stone wall (or, perhaps more accurately, stone fence). 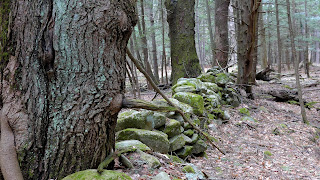 Who would build such a structure out in the woods? And why? There are well over one hundred thousand miles of stone fences throughout this region, running every which way through forests. What's going on here?


The greatest percentage of the forests here are relatively young, having regenerated following abandonment of agricultural land, beginning in the mid to late 1800's. The stone fences are artifacts of those old farming days. Agricultural land can be of three types: crop fields, hay mowings, and pasture. Each leaves signature characteristics that Tom Wessels has become a master at discerning.

Within a long-standing forest, various kinds of disturbances occur that, like the abandonment of a farm, leave their peculiar traces. Wind storms, for example, blow trees over, uprooting them and creating a hole or pit, and a mass of soil that the root ball pulls up and eventually drops beside the pit. Forest fires and logging leave their own evidence in the woods. Beavers, fungi, and insects all affect the forest. And so on.

Tom has written two books to help us understand what we see (and what many of us would never have noticed) when exploring the forest. The first was "Reading the Forested Landscape". I found it hard to put down, and have read it several times; with each reading, a little more sinks in; forest mysteries are finally made clear. 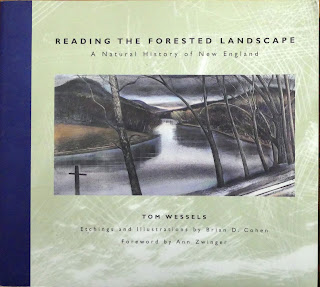 Many readers told Tom they just love the book, but still found it difficult to put its insights into practice in the woods. Tom realized he needed to create a "dichotomous key" type of book, a "field guide to forest forensics". And so, book number two on this topic is titled "Forest Forensics: a Field Guide to the Forested Landscape". It walks you through the interpretation of your forest scene, step-by-step. 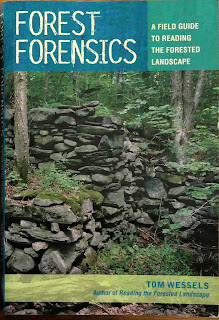 After meeting Tom while filming "The Lost Forests of New England" (in which he appears), I asked if he'd be interested in collaborating on a film based on his books; his answer pleased me, and we jumped into a one-year project. So, we now have a three-part "Reading the Forested Landscape" film for you to enjoy! I would suggest reading the books first (especially the first one), and then watching the film to complement and reinforce what you've learned. But if you watch the film first, then by all means get the books... there's much more material in them than what the film can cover.


Sites in New Hampshire and Vermont are used in the film, but the information Tom conveys applies to a region well beyond the bounds of central New England.

You can watch all three parts of the film on the New England Forests Youtube channel (Part 1, Part 2, Part 3), or by clicking the player panels below (note: if you're reading this in an email feed, you may not see the player panels).

Now- get into a comfortable chair... there's a lot to learn...