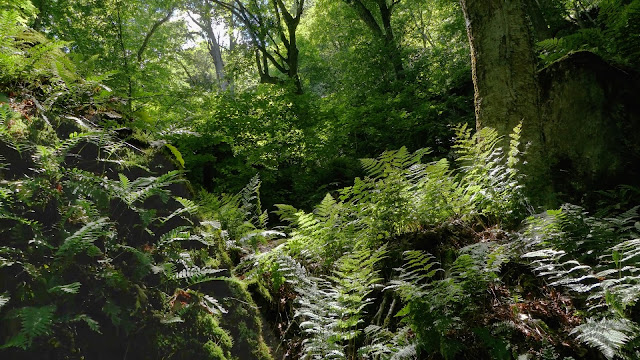 There's a lot of interest in eastern old growth forests, as evidenced by the fact that our Lost Forests of New England film is approaching the one-million-views milestone. An upcoming event will focus on old New England forests.

"Celebrating Old-Growth Forests in Connecticut" will take place On April 9, 2022. Dr. Joan Maloof, founder of the Old Growth Forest Network, will be leading a forest walk in Hartford, CT. That begins at 10am at the Keney Park Wood Materials Management Site (392 Tower Ave).

Dr Maloof will point out features of the Keney Park forest, and talk about her organization's goal of having at least one forest set aside in every county of the U.S. (ie, those where forest can grow) to grow naturally, without logging, and to be open to the public. Forests inducted into the Old Growth Forest Network do not  have to currently be old-growth; the idea is to allow them to eventually develop into old-growth condition again.

Following the walk, there will be a lunch at noon, and book signing by Dr. Maloof at Real Art Ways.

At 1:15, The Lost Forests of New England will be screened in the Real Art Ways theater. This one-hour documentary-style film tells the story of what our regional ancient forests once looked like, and what their current status is. Several prominent scientists and old-growth experts describe the importance and characteristics of primitive forests.

There will be a short Q&A panel session with Dr. Maloof; Jack Ruddat (a WPI student who has researched and identified Connecticut old growth sites); Dr Susan Masino of Trinity College; and others.

The entire day's activities are free. More information is available at the Real Art Ways website. 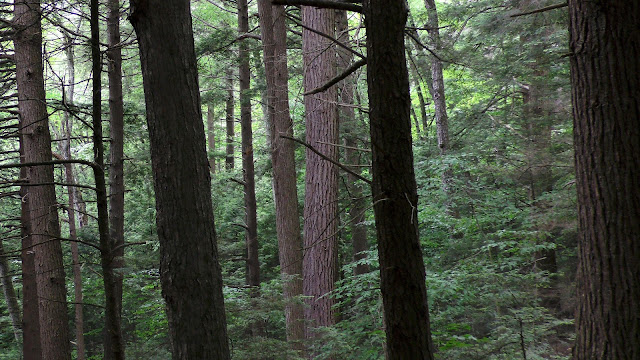 Looking back now, the last three years have rapidly slipped away into blurry memory. They were spent as long days sitting quietly at beaver ponds, and though they seem to have passed quickly now, I do remember how some of those days drifted along painfully slowly at the time, for lack of action. During most days, however, there were things very worth seeing, and those days were some of the best days of my life.

Many of the secretive, "mysterious" animals I had always wanted to see in their candid behaviors, not just in a fleeting glance, in time made themselves available to me, some for the first time. Not only beavers, but mink, otters, ospreys, hawks, muskrats, eagles, and bears. The underwater lives of dragonflies, damselflies, diving beetles, water scorpions, and others were just as fascinating.

Two of the highlights involved bullfrogs. The first of them persistently jumped to catch perched dragonflies, comically failing for days; but it finally got things figured out. The second was a large, obviously hungry and fearless bullfrog that stalked numerous birds and even a gray squirrel; it attacked a chipmunk several times, and later eventually captured a feathered meal. It's been a very fulfilling few years. There were many times when I left the pond at day's end with a big smile of satisfaction.

At the start, with the goal of documenting a year's time span at New England beaver ponds in mind, I naively thought it would (logically) take a year to complete. Well, I was only off by 200 percent. And now, those three years have been reduced to a total of four hours and 45 minutes of digital "film" time. Part 5, the final segment of "Beaver Pond Wildlife", is now finished. It's a relief to have it completed, but it's also a bit disappointing... now I no longer feel I have an excuse to sit at a pond all day. But that's ok.

This final segment covers autumn into winter. Wildlife activity at the ponds is certainly at a lower level than in spring and summer, but is no less interesting and rewarding to observe. To miss the year-end part of the story would be like not reading the final chapters of a book you've enjoyed to that point.

The onset of winter may feel like an ending, but it really isn't, it's just a different season. Life of course goes on for many creatures, though not as readily observed by us. While some migrate to warmer climes, or regions with more food, others stay and endure. It's rather amazing to me that some animals actually plan ahead for their winter survival, such as beavers and chipmunks accumulating a food cache.

I'd certainly recommend investing some leisurely hours at a beaver pond, sitting quietly and patiently, particularly in spring or summer. Bring binoculars, and maybe a camera. But be forewarned... you may become addicted.

I want to thank several people who were particularly helpful in the making of this series, offering filming opportunities, reviewing the films, and making suggestions or corrections. They include Alan Richmond, Ed Neumuth, Mike Mocko, Debra Silva, Ted Watt, and Bart Bouricius. Thank you!

As for me, other film projects await. See you in the woods!

You can see all five parts of this series on our Youtube channel. To start at Part 1, click here. To go directly to this new Part 5, click here, or in the player window below.