There's a grand show on the road right now in New England. It's been running for weeks, and is traveling from south to north. You can still catch it in its prime in the more northerly areas of Massachusetts, and up into Vermont, New Hampshire, and Maine. 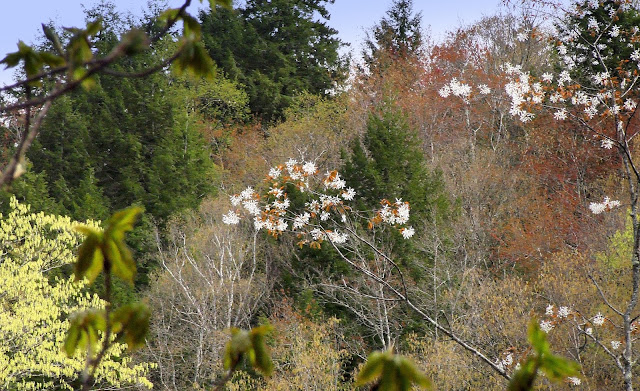 It's the annual spring colorfest that Nature produces in her forests. I'd like to think it's all for our enjoyment. Whether it is or not, it's rivaled only by her fall show. I can't decide which I like better... in the fall, the air is crisp, cool and dry, free of biting insects, and is charged with the aromas of newly fallen leaves; in spring, after a white winter without horizon, the dazzling, sunny pastel colors are a warm, spirit repleneshing ambrosia. 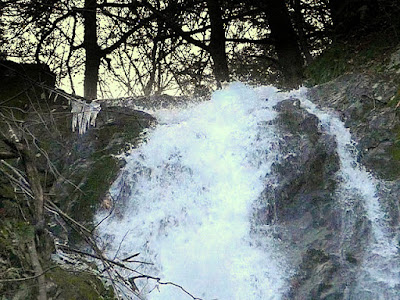 Mountainside streams have been thundering for two months with meltwater frantically fleeing forests of higher elevations, to escape eventually to the sea. 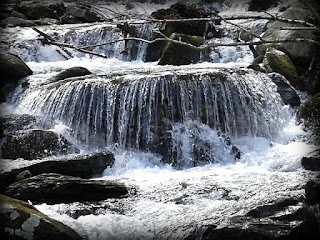 It's been the best time to visit ice cold waterfalls. You'd find yourself gleefully grinning like a kid with excitement at the overwhelming sounds and sights of pounding water. Although water is everywhere, and we may take it for granted, this simple substance is one of the most mesmerizing in nature when it's in a hurry. 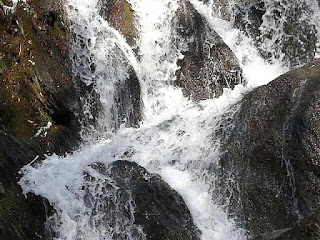 Upon the retreat of the last snows, streams relax their pace a bit, and the forest landscape is a mix of browns and grays, save for a few dark evergreens. You might think that we've had enough of white at this point. Ironically though, one of the first trees to brighten our spirits does so with... yes, white flowers. Serviceberry (genus Amelanchier), known also as shadbush, is a small, nondescript, understory tree. Most never even notice it;
until, that is, its flowers appear like popcorn on the hillsides.

But even before the shadbush flowers, maples have hung their showy blossoms out on the breezes. Red maples are so named because many of their parts are red: the flowers, keys (samaras), and new twigs are all red; even their leaves turn red in autumn.

Before this fleeting spring season surrenders to summer, maybe you'll find time to answer the forest's invitation to come see the show. You'll have to head northward to chase its tail end though.

"The best things in life are free." 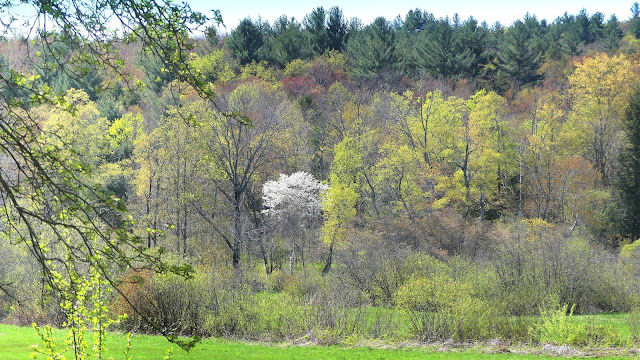